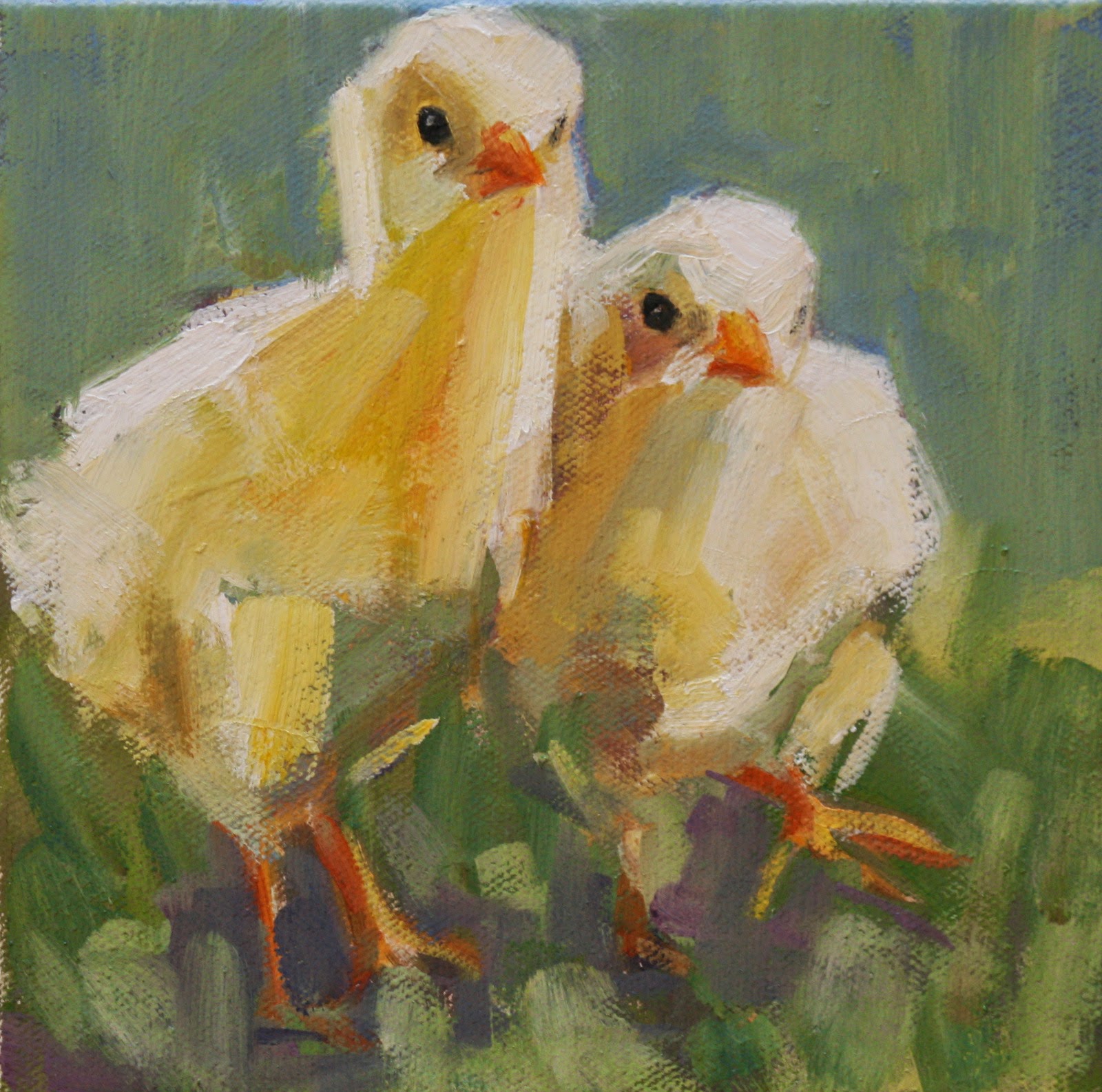 JOYfully, G recently commented on my blog about my chick series title situation.  She suggested I go through the alphabet.  My day 2 painting was titled "bowed up".  Strangely enough, before I read her comment I had already titled day 3 chick' s "cheeky".  (insert scary music here) My day 1 was "chick flick" so I am going to change it to "a chick flick" and that is also the title for my 30 day series.

The chick on the right appears to be ducking down and the one on the left looks like she is thinking she might better duck too.  She looks a bit frightened.  It was probably the huge lady lying on the ground and taking their picture. This is painted on a 6 x 6 x 2" canvas.sols

Receive emails each time I post on this blog. Managed by Feed Burner.