Me, and my girls III 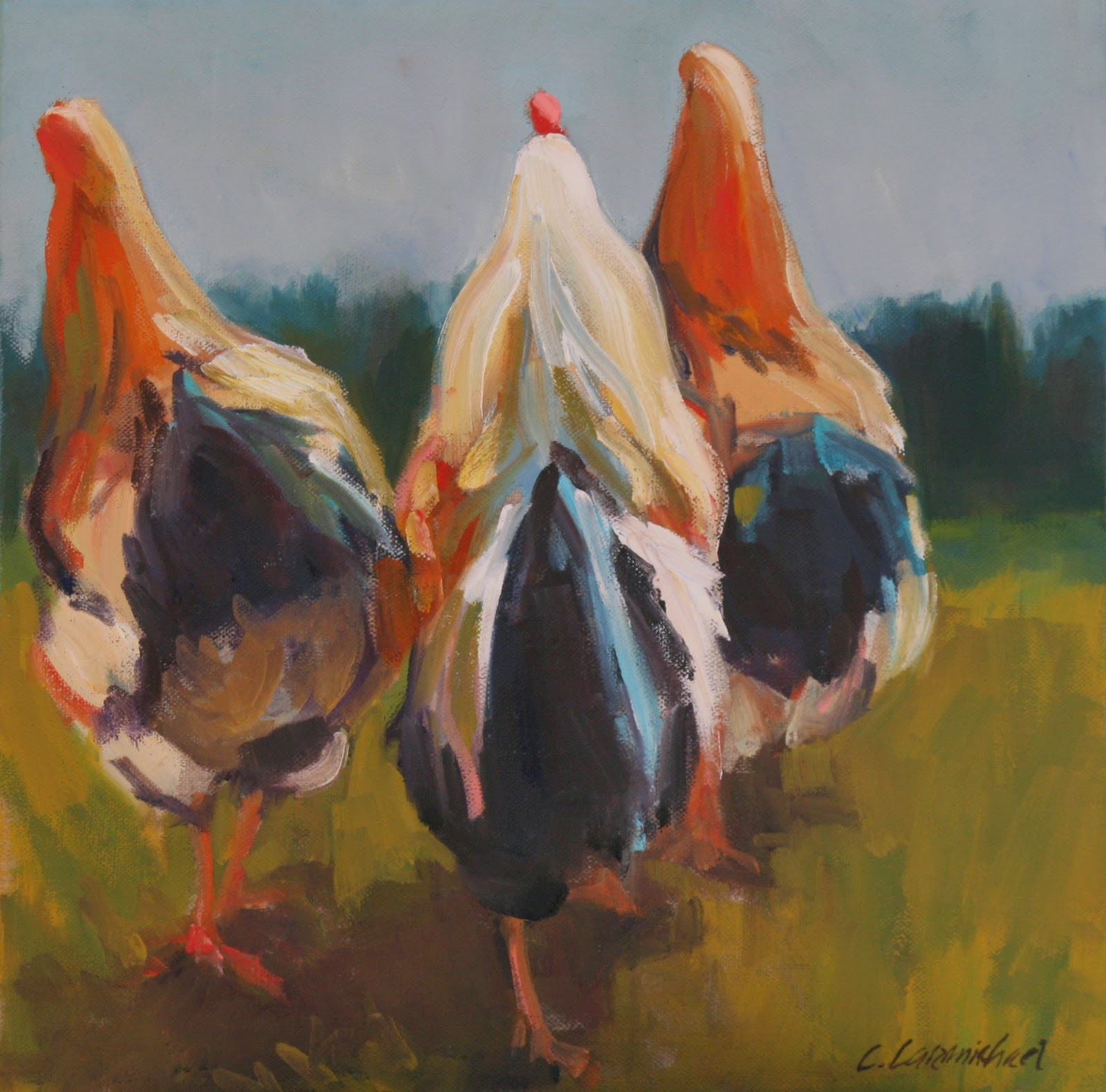 This is the third time I have painted this image. The original painting belongs to a friend who lives in Huntsville, AL. I can not remember what size I painted it the first time.  The second one was painted on an 11 x 14" canvas and I could have sold it three times in Nashville this past February.  The purchaser was from Charlotte, NC.  This time I painted it on a 12 x 12 x 2" canvas.  It turns out fairly different each time.

I am trying to organize my work for upcoming shows.  The first one I am participating in is this coming Saturday, April 5th.  It is the 33rd annual Mt Brook Art Association Spring Festival.  Say that fast five times. It is from 9-4 at the Crestline Sports field (25 Vine St) in Mountain Brook.  Come see me and the other artists!sold

cow do you do? 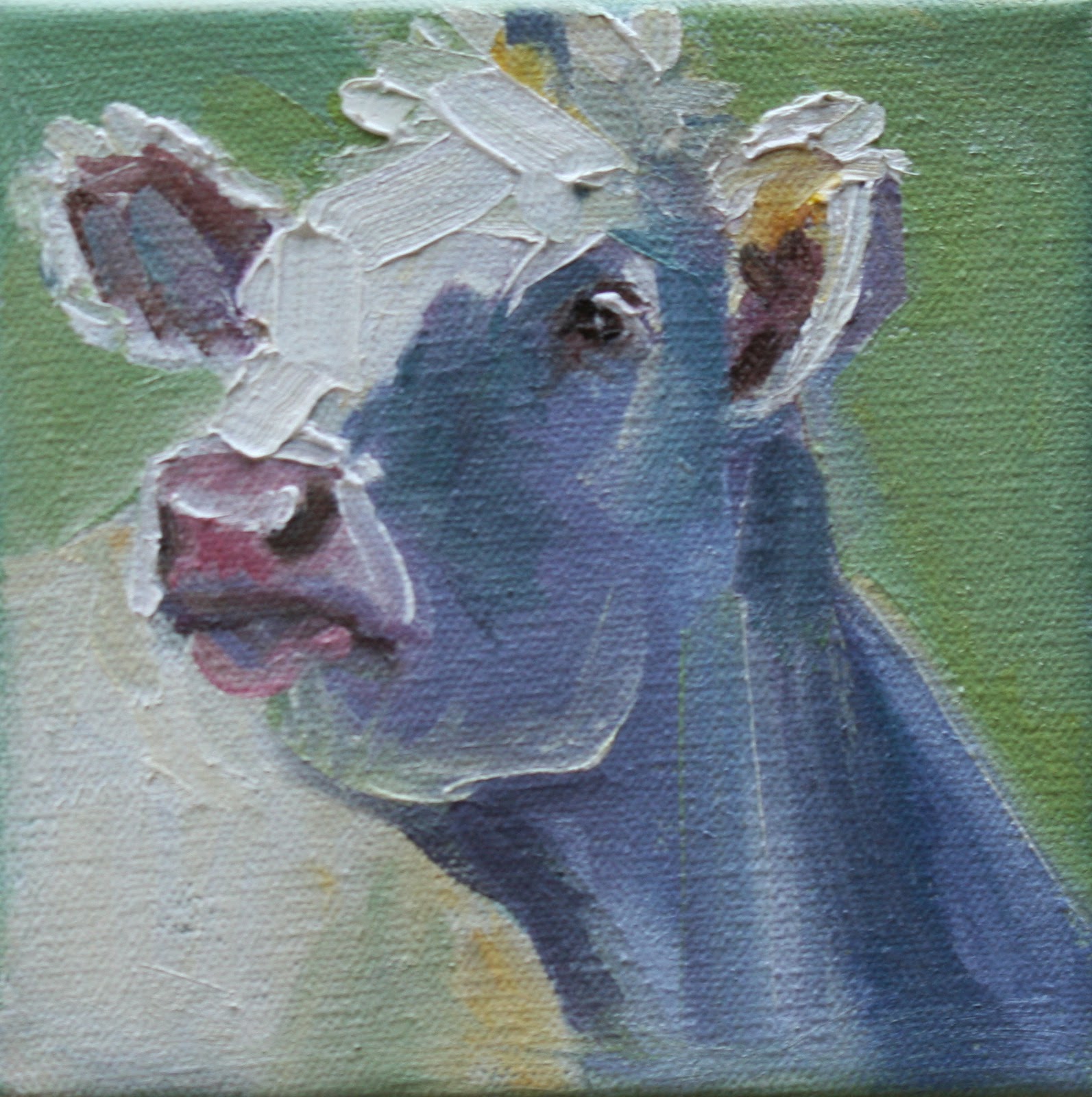 I looked up the phrase "how do you do?" because it has been a while since I have heard it used and it did not make much sense to me when I thought about it.  It is from a website called "phrase finders".


How do you do

This greeting was once commonplace, especially amongst the English upper classes, but is now heard less often and is largely rectricted to quite formal occasions. The phrase became one of the touchstones in the separation of the U from the non-U, that is, the separation of the upper classes from the rest. The U contingent had napkins, lavatories and greeted people with 'how do you do'; the non-U had serviettes, toilets and greeted with 'hello'. The proper response to 'How do you do?' was a reciprocal 'How do you do?', as in this exchange from Oscar Wilde's Lady Windermere's Fan, 1892:

'How do you do' has its essence in the early meaning of the verb 'do', which has been used since the 14th century to mean 'prosper; thrive'. Even now, gardeners sometimes refer to a plant that grows well as 'a good doer'. The association with 'do' as specifically relating to one's health is first found in print in The Paston Letters, 1463:

Posted by carol morgan carmichael at 9:30 AM 7 comments:

a whiter shade of pale

I am really sorry if you do not like cows.  I do and that is my little comfort place right now.  This is painted on a 12 x 24 x 2" canvas.sold
Posted by carol morgan carmichael at 8:11 AM 7 comments:

I have three shows coming up in April so I am happy to paint some more of my best selling subjects....cows!  Every home needs at least one cow painting. I have painted this photo before on a 6 x 12". This time I chose to paint it on a larger 12 x 24 x 2" canvas.
The first show I am participating in is the Mt Brook Art Association show here in town.  It is Saturday, April 5th from 9-4.  Next up is the LeMoyne Chain of Parks festival in Tallahassee, FL.  April 19 and 20th from 10-5.  Last, but not least is the Magic City Arts Connection here in Birmingham April 25-27. 10-5.  Makes me tired just typing it. Sold
Posted by carol morgan carmichael at 1:30 PM 2 comments: 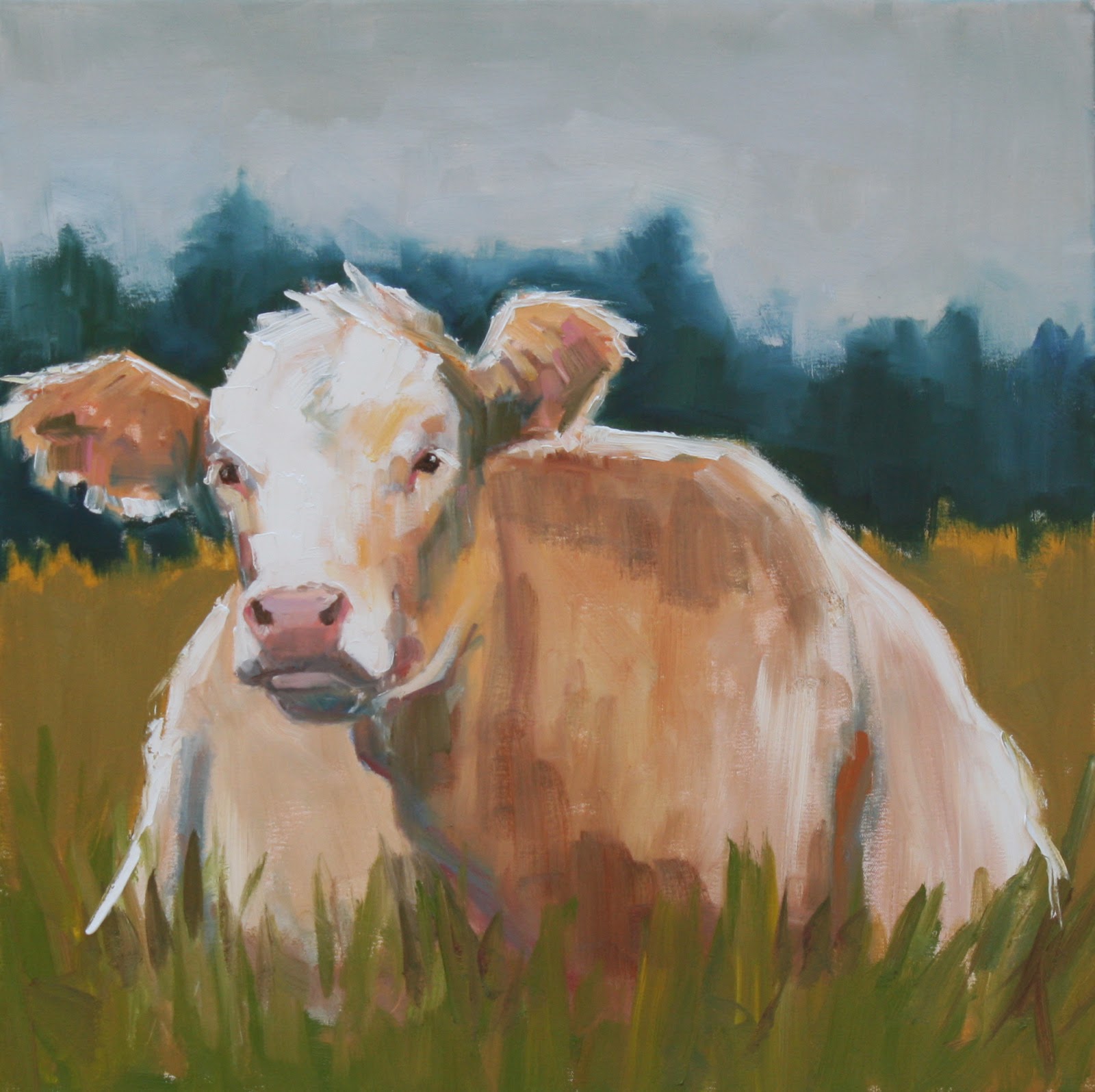 This is the first day I have gotten back to painting after losing my father.  My Dad had been pretty sick since Christmas. I am thankful to have been able to spend lots of time with him before he died last Sunday.  He was a great man and loved by many but nobody more than his family.  He was very proud of what I was doing with my art and I am grateful to him for much of my creativity.  Sold 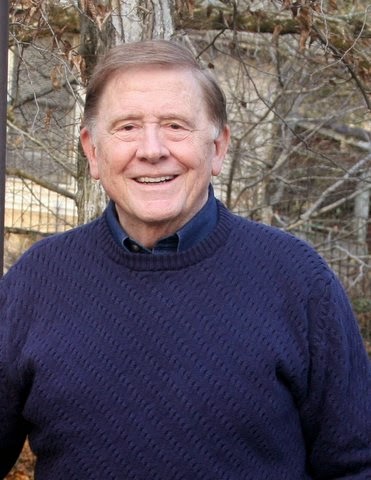 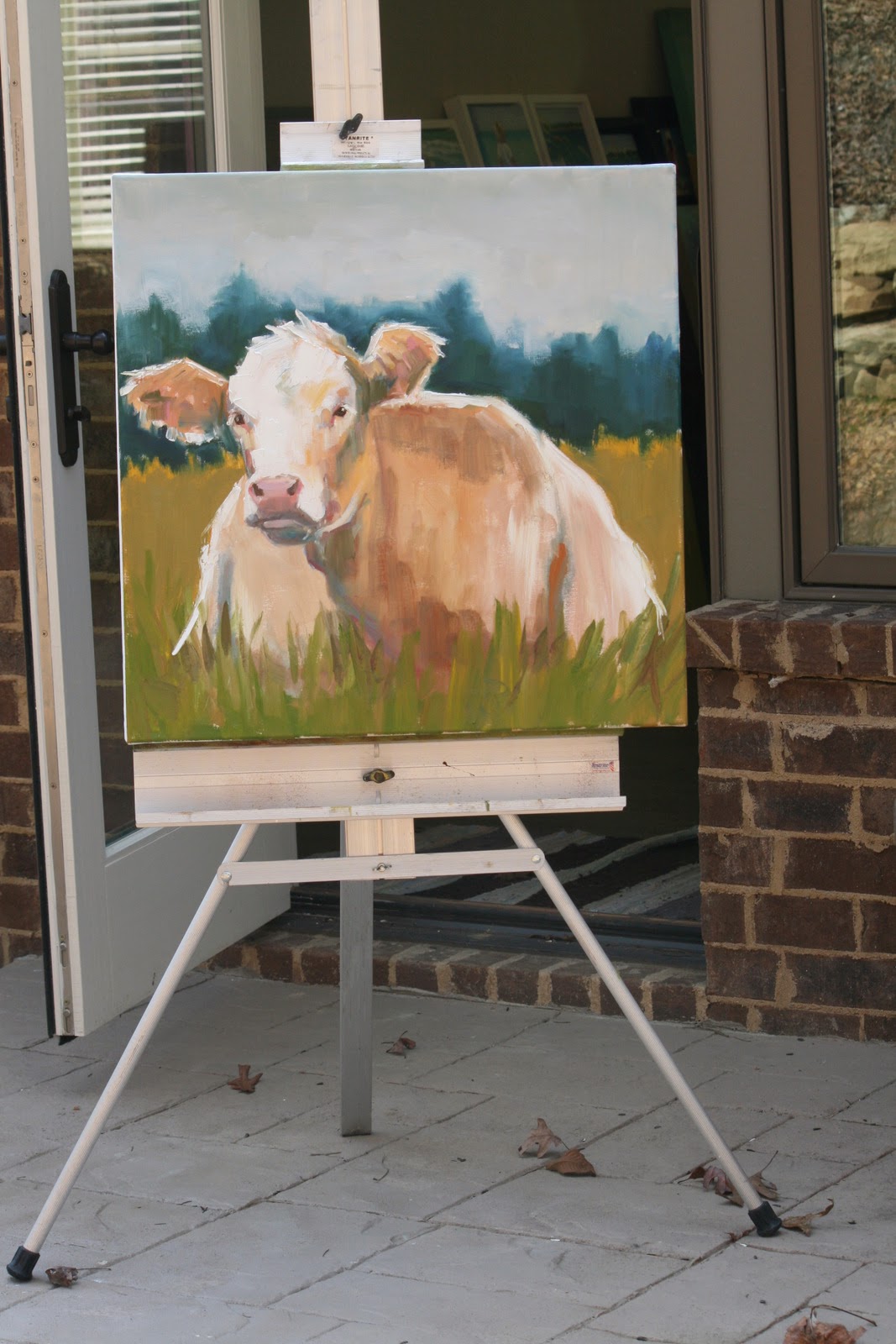 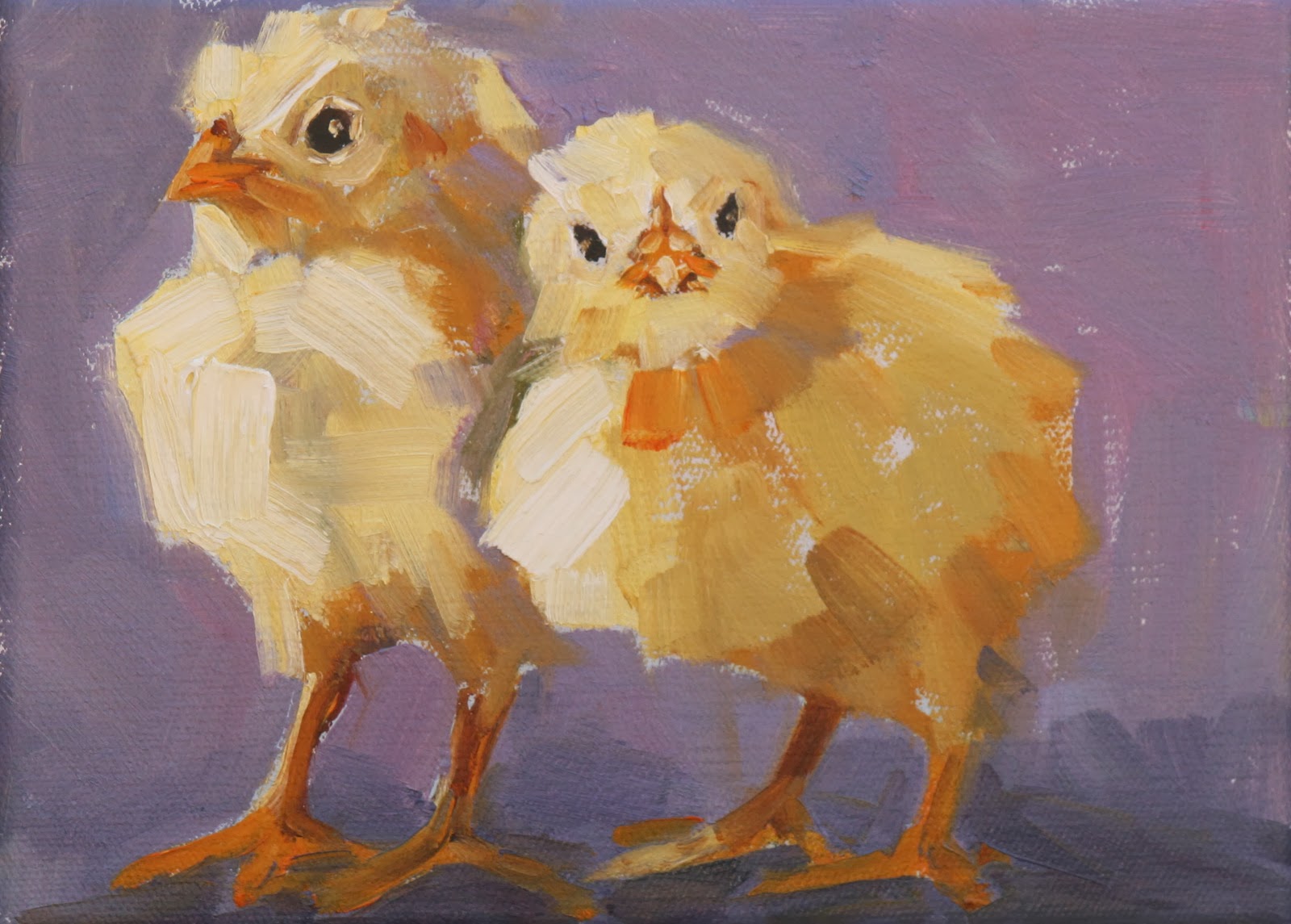 I am sure I have used this title before but it fits these two.  This is painted on a 6 x 8 x 2" canvas.  I dare you to think of something cuter than baby chickens.  Baby anythings?sold
Posted by carol morgan carmichael at 2:57 PM 4 comments: 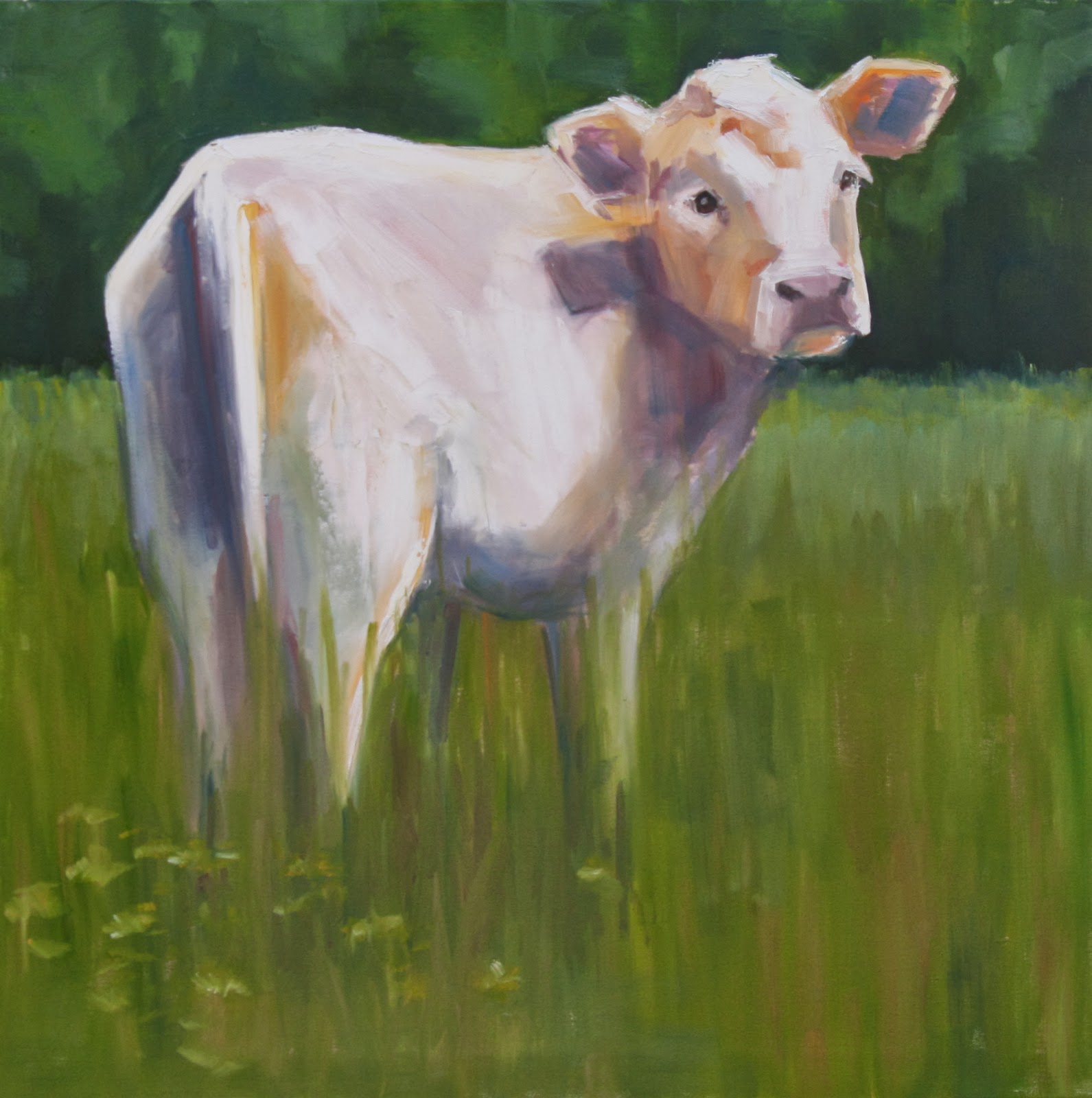 
This is painted on a 36 x 36 x 2" canvas.  I like to include a second picture on large pieces to show you the scale. 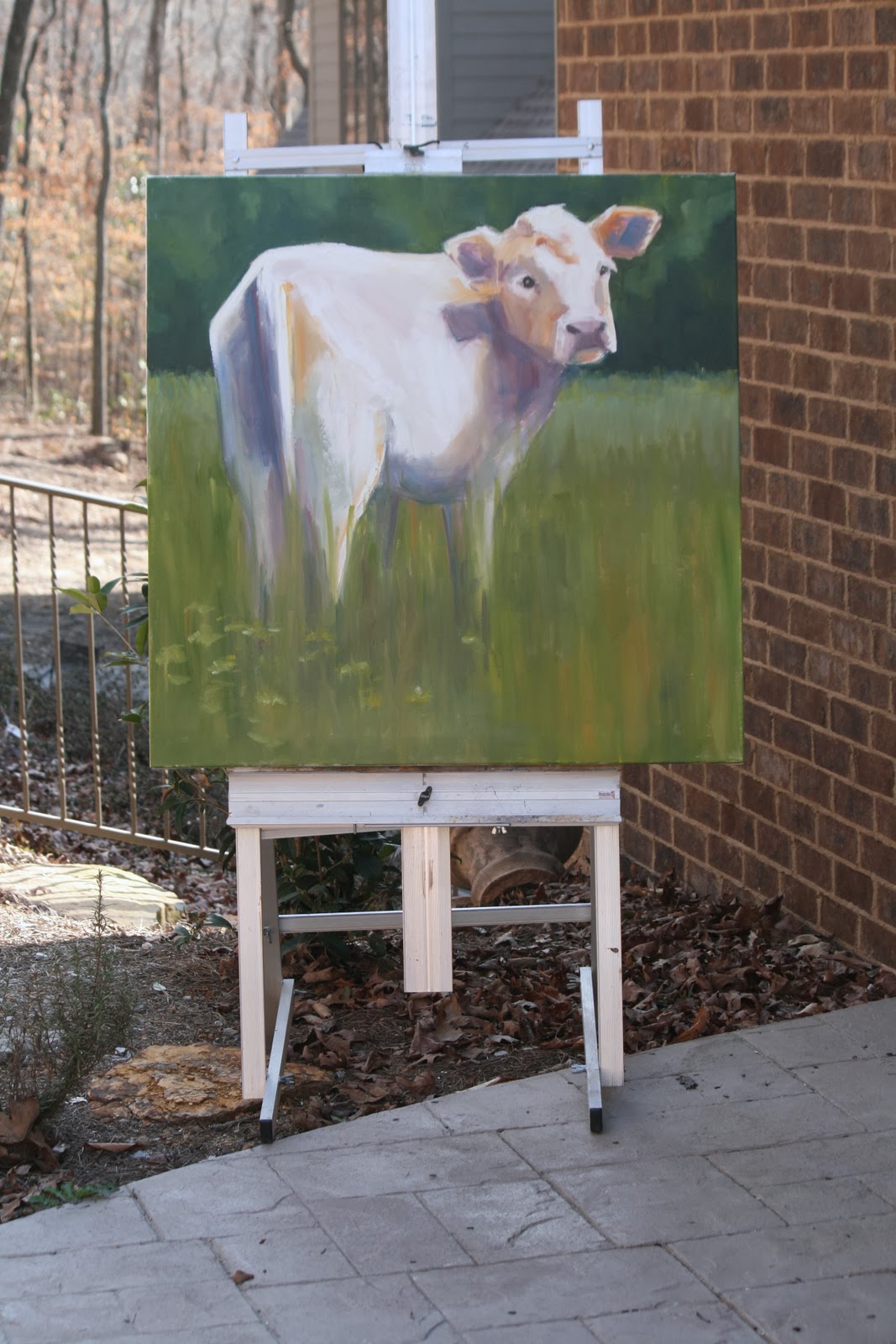 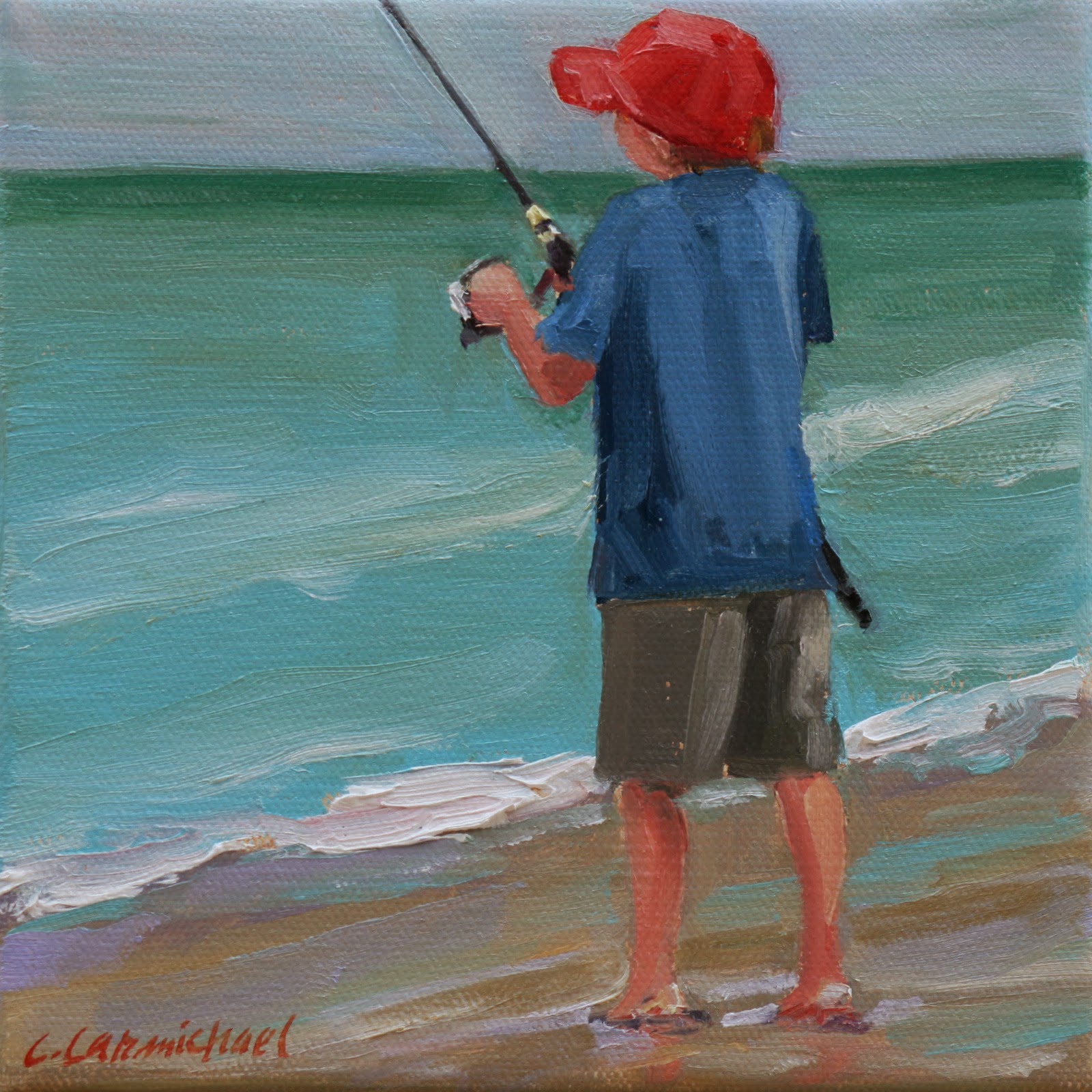 This lean one is having to scrunch his shoulders to reel this one in.   This is painted on a 6 x 6 x 2" canvas.

Posted by carol morgan carmichael at 6:29 AM 5 comments:

This is the second time I have painted this pose.  This one is fairly different.  The first one was looser and titled "hot seat".  This is painted on an 8 x 16 x 2".sold


Posted by carol morgan carmichael at 8:55 AM 7 comments: 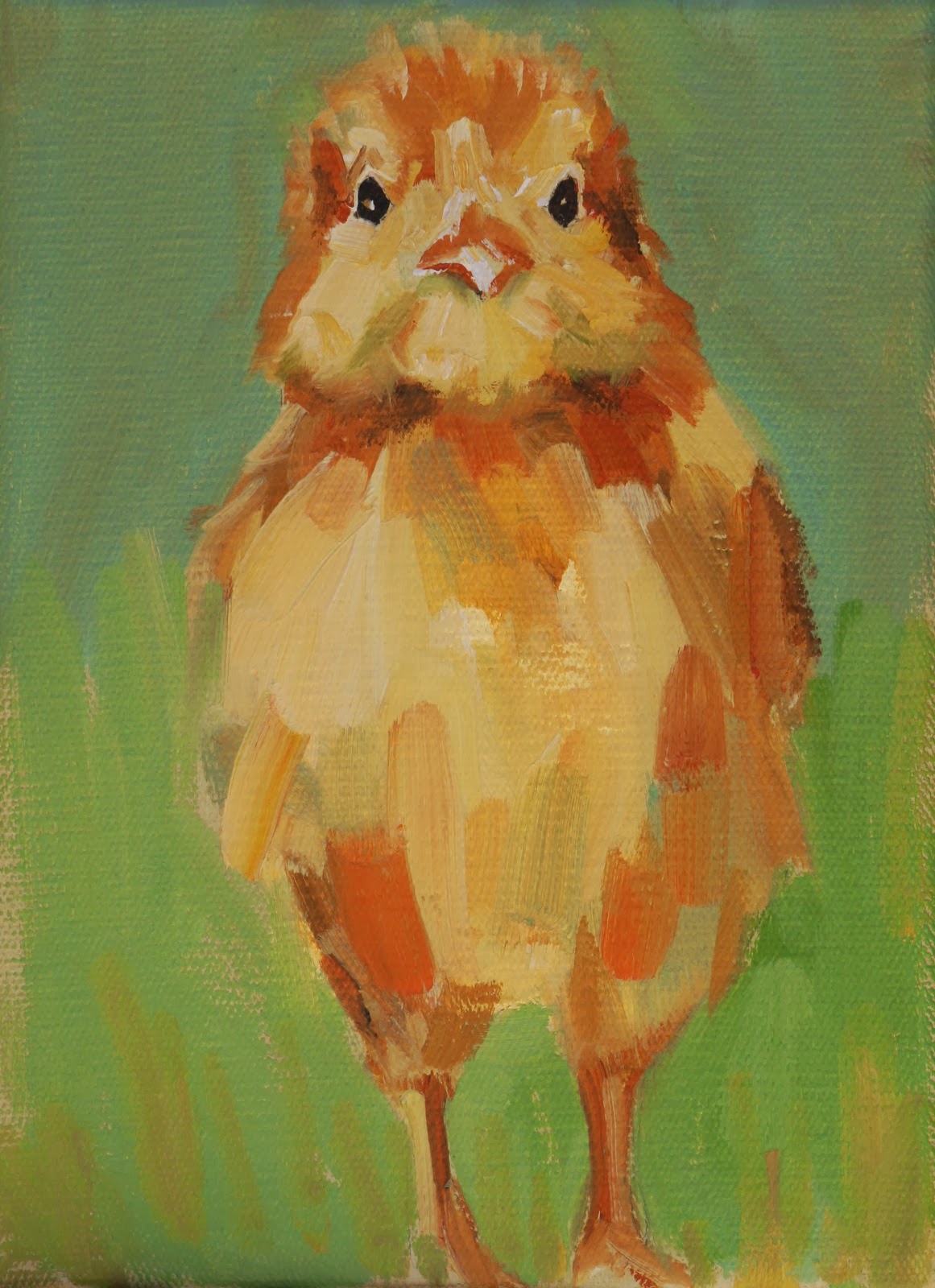 This chick is reaching his full potential.  This is painted on a 6 x 8 x 2" canvas.  Sold
Posted by carol morgan carmichael at 10:49 AM 4 comments: 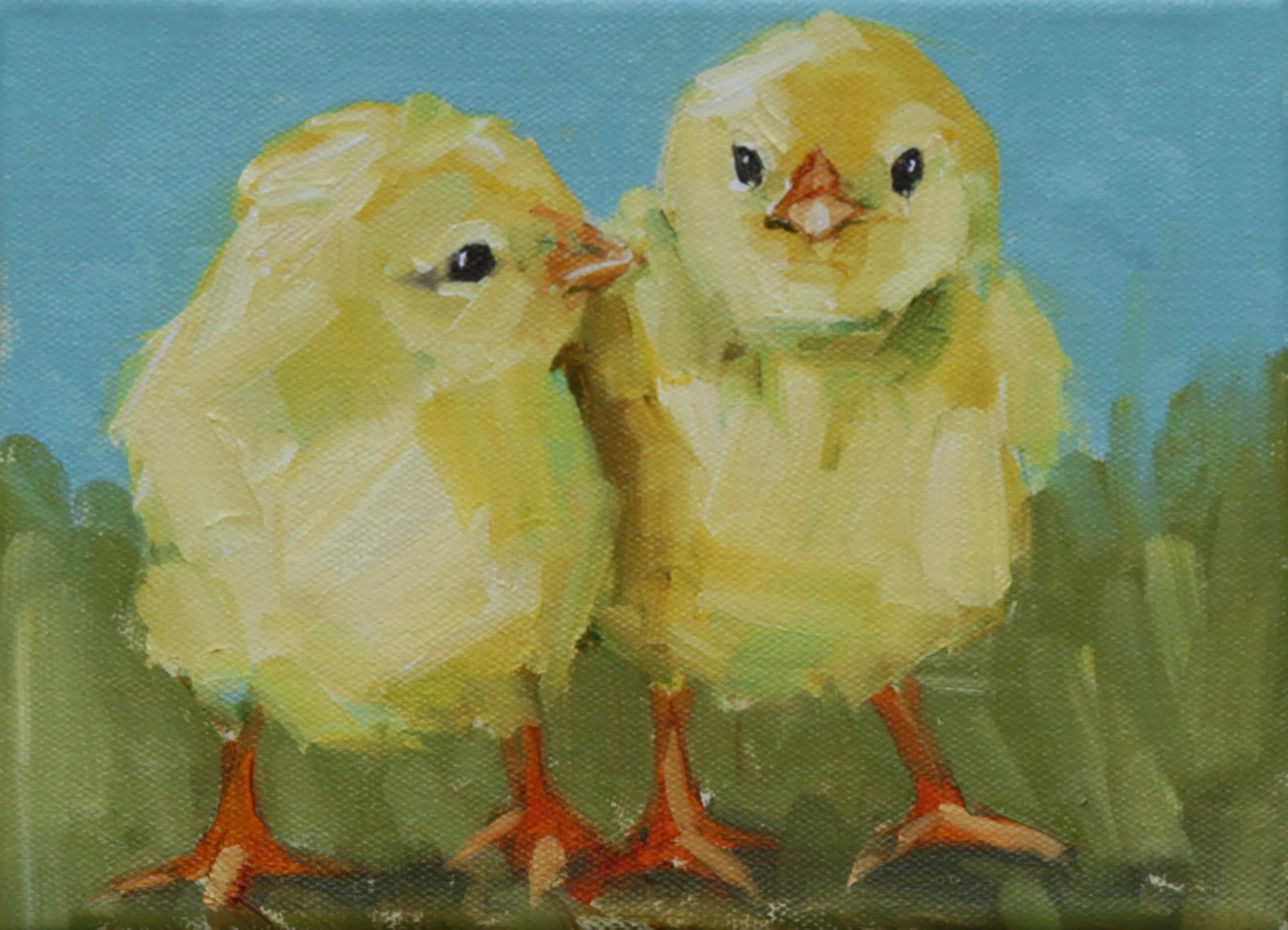 Spring fever is effecting my subject matter.  This is painted on a 6 x 8 x 2" canvas.sold
Posted by carol morgan carmichael at 1:13 PM 4 comments: